Earlier this spring Q Experience announced an important remote control update for the summer 2017, and now it is time to reveal another big update.

Raymarine and Q system’s developer, Nextfour Solutions launched a significant strategic agreement to integrate Raymarine’s equipment to Q system at Oslo’s International Boat Show, Sjoen for alle. The first, long-awaited, addition to Q system is Raymarine’s fishfinder. The new feature update is due during this spring – well in time for the upcoming season 2017. 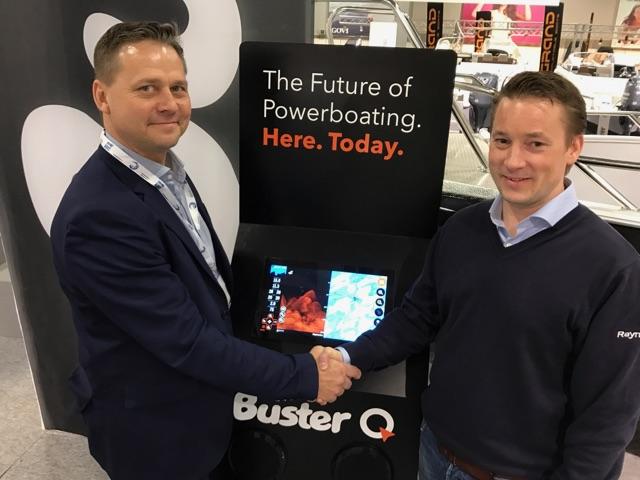 The extremely precise fishfinder scans for fish and seabed down to 270 meters. High quality imaging is made possible by Raymarine’s CHIRP technology that allows sending a wide spectrum of various frequencies within one pulse, whereas traditional fishfinders only send out one signal on one frequency.

On the Q interface fishfinder is implemented using picture-in-picture technology in Q’s Map application. I.e. fishfinder gets its own window inside the map app. Users can adjust the window’s size according to their preference; fishfinder can be e.g. opened into a corner, spread across the screen’s bottom and opened on full screen.

Boat enthusiast can try out the new feature at the International Boat Show in Oslo where Buster Boats is exhibiting their customised version of the Q system. Soon the feature can be viewed in any Buster dealership, as the update to all Q devices is scheduled for the spring 2017. Fishfinder update to existing devices, as all Q system’s updates, is sent over-the-air. After device receives the update, user can choose to install it whenever convenient. Boat owners without a fishfinder don’t need to worry about a needless new update; the controls will only be shown in boats that have a fishfinder installed. 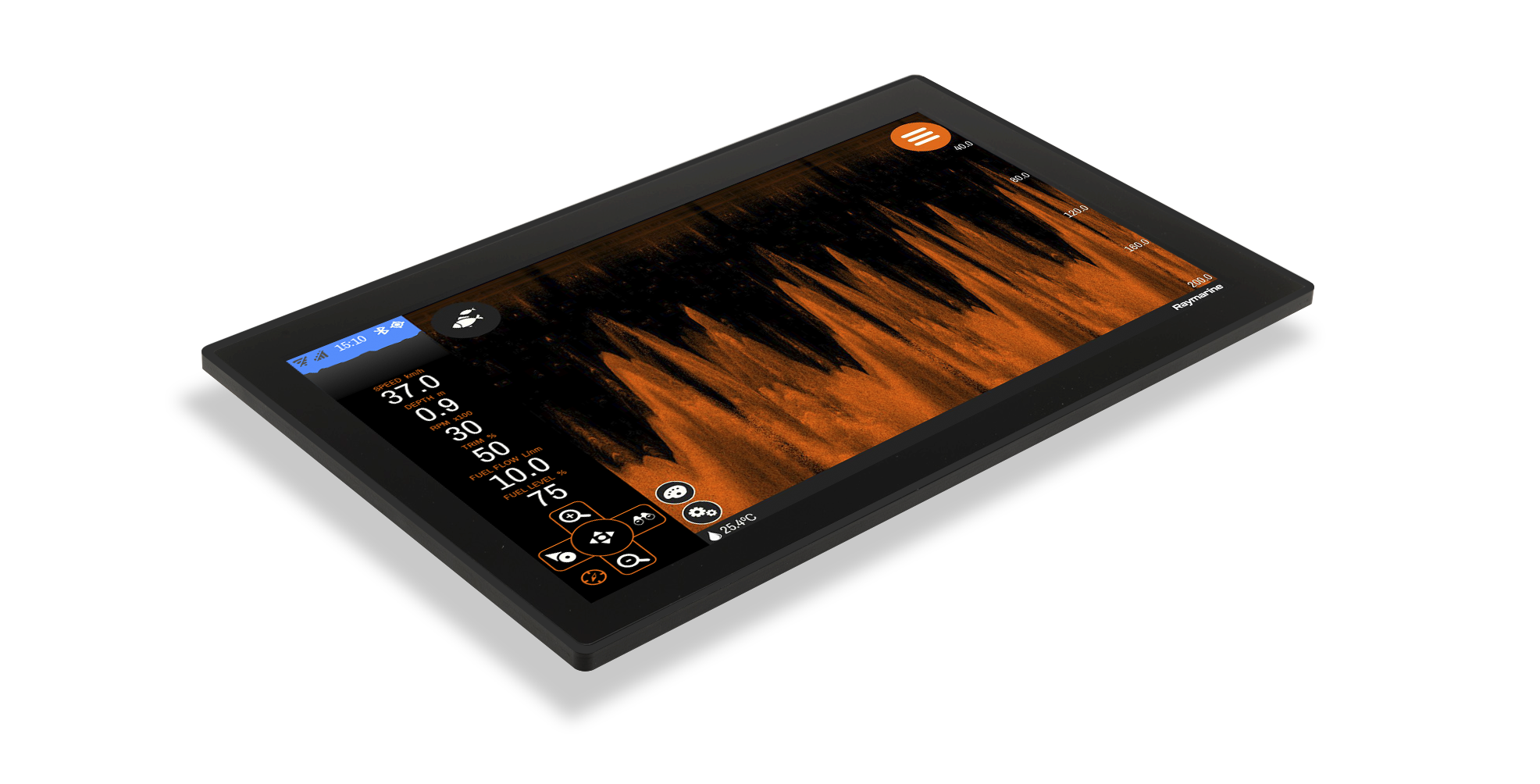 “Extending the Q platform with external navigation peripherals is an important step forward in our Q-vision”, says Q Experience’s technology leader Johan Wessberg. He also implies that more groundbreaking innovations are on their way. “The fundamental changes in the automotive industry, such as the self driving car – that’s where we look for our reference point. Instead of looking to traditional chart plotters, we want to be the player who challenges them with completely new thinking.”

Raymarine is focused on marine electronics, and is known for its leading technology within the industry and innovative design. Company’s own Raymariner test vessel and testers all over the world guarantee that Raymarine’s equipment work precisely in all imaginable conditions.

Q system was first customised for Buster Boats whose BusterQ is a direct factory installation in all models from class M onward. During the season 2017 we may have exciting news on integrations to other manufacturers’ boats too.